The Christmas edition of the Citycare Connect magazine for 2014, is now available. You can view it online, or download and print it. There are lots of exciting stories, on what is happening in Citycare at St Paul’s church in Worcester.

There are articles on:

Please take a few minutes to relax; may be over a cup of coffee, and have a read of our Citycare Connect magazine, (please don’t spill it on your keyboard, tablet or smart phone),  by following this Link. Or if you are in St Paul’s anytime, for say our Friday ‘coffee morning’, please pick up a copy in the church.

A blue plaque, commissioned by the Worcester Civic Society, to commemorate Woodbine Willie has been unveiled by his grandson.

The Reverend Geoffrey Studdert Kennedy was the parish vicar at St Paul’s when war broke out in 1914. He became an Army Chaplain, and earned the nickname “Woodbine Willie” because he used to hand out cigarettes to the troops in the trenches of the Western Front.
The plaque on the church was unveiled by Nigel Studdert Kennedy after a special service focusing on Woodbine Willie and the impact he had – not only in the trenches, but also in the parish where he was based.
The congregation heard that Studdert Kennedy often used to have dozens of parishioners waiting out his office to speak to him after a service. His desire was to serve the local people, who lived in what was then the poorest part of the city. On one occasion his wife returned home to find Woodbine Willie dismantling their bed in order to give it to lady who was sick and unable to afford proper furniture.
The unveiling ceremony was also attended by local dignitaries, members of the Civic Society and Rev’d Canon Paul Tongue, who has done extensive research into the life and works of Woodbine Willie.
Studdert-Kennedy wrote numerous poems about his experiences in the trenches, which were published after the war. He also became a Personal Chaplain to King George V. He died in 1929.
After the unveiling, Nigel Studdert Kennedy said: “Although Geoffrey Studdert Kennedy was known as a modest man, I think that he would be happy to know that his time at St Paul’s, now marked by this blue plaque, is still remembered in what became his home city. I consider it to be highly appropriate that the church should be continuing to serve the community today albeit under different management.”
Peter Boyd, who used to be the pastor at St Paul’s, explained that Studdert Kennedy had left “a legacy of compassion,” and he shared how his own parents had come to faith through the ministry of a man who had been given a Bible by Woodbine Willie.
David Warren, the Senior Leader at the church, believes the plaque is an important reminder of a truly great Christian. He said: “Woodbine Willie demonstrated God’s love and compassion in the midst of the horrors of the trenches. As a church at the heart of the city, we aim to reach out to the local community to share that same message of hope.”

You will not have failed to see the impact that coronavirus is having around the world and across the UK.

Each Sunday morning, at 10.30am, we will broadcast on line a church service recorded at St Paul's Church. This will include a few songs from our worship team along with an encouraging word from one of our great preachers.

We'll also include testimonies of what God is doing, specific prayer requests and take the opportunity to give you the latest updates. So keep your testimonies and prayer requests coming in!!
It will be strange watching a church service from your own home, but we think you'll soon get used to it.

Have you just visited us for the first time? Or maybe thinking about coming along to see what we're like on a Sunday? Check our 'About St Paul's' page where we give a little glimpse into what it's like at Church on a Sunday. 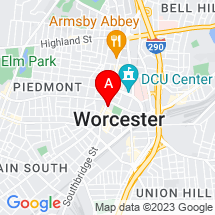